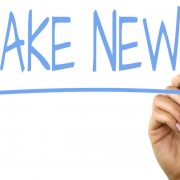 Phone Extortion, How to Handle and Remove the Threat

The real security cost of fake news
Scroll to top